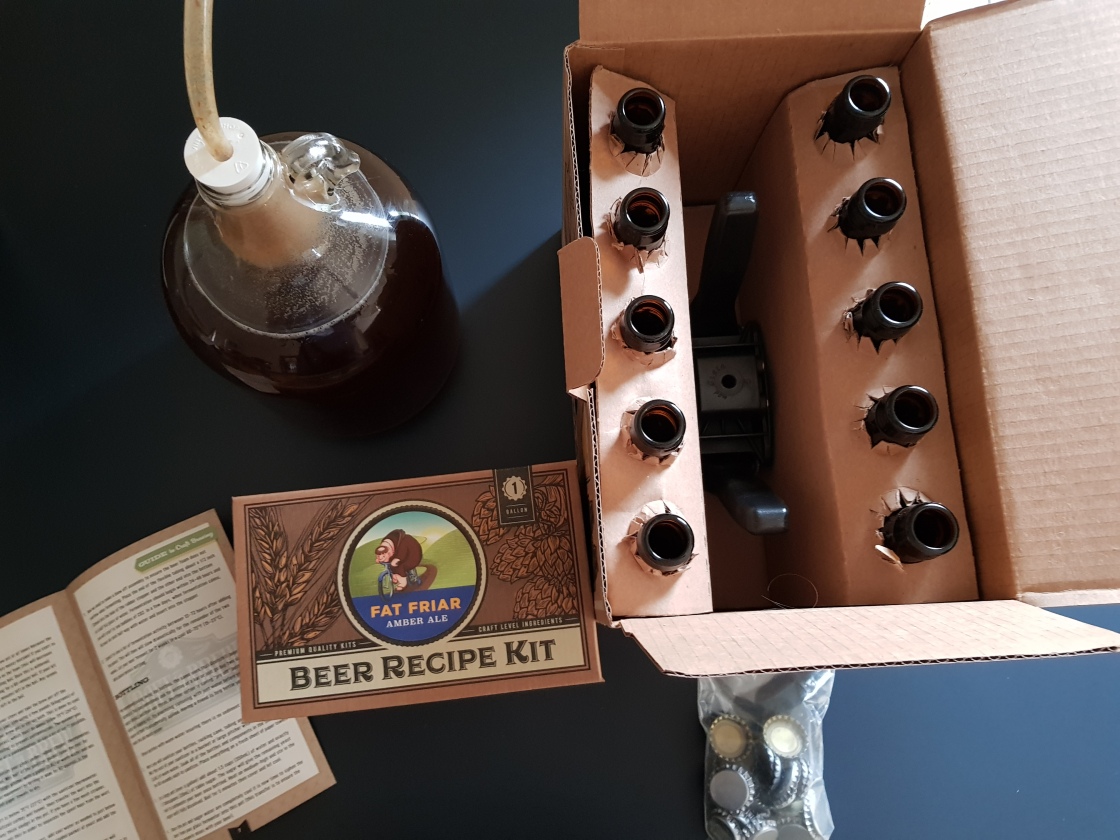 BYOB – Brew Your Own Beer

2020 has stimulated a resurgence in appreciation for the simpler things in life. Being around family and pets, baking bread, reading paper back books, playing video games and music. With our travel plans firmly paused, our future hedonistic pursuits halted, and nowhere to dwell but in the confines of our homes, we’ve all been momentarily transported back to earth. This down-to-earth parallel reality is a welcome escape for many and an opportunity for developing our many introverted activities and hobbies, sans distraction.

I remembered the Craft a Brew kit I had in the back of a press that had never been opened. There’s no better time to get locked on some dodgy liquid of my own creation than during a “lockdown” eh? I also indulged in a small bit of research surrounding the history of brewing and yeast discovery.

A history of brewing

Historically, brewing was considered to be an art form and was intertwined with the social and cultural
development of many ancient civilisations. Beer was prescribed to treat medical
ailments, accepted as a form of legal tender and was distributed in a manner, not surprisingly, to accommodate the nobility with the largest volumes [1].

In 1516 Medieval Europe, the Reinheitsgebot (Beer Purity Law) was imposed in Bavaria which introduced the first standard or yardstick of establishing peer purity. This marked the beginning of the industries development into the highly sophisticated and tightly regulated biotechnological practice we know today. It mandated that the only constituents of beer should be water, hops and barley.

Yeast escaped definition in this law as it was believed that the microorganism was a by-product of the fermentation process rather than an active component.

The distinctive flavour profiles we associate with different beers is the work of different strains of yeast. Heineken hired Dr Hartog Elion in 1886 to lead their lab in developing new yeast strains. Elion developed Heineken’s infamous A Strain which to this day uniquely defines the flavour profile of their beer.

In 1680 Holland, Antoni van Leeuwenhoek, using his high-resolution microscope lenses, was the first person to view yeast in high resolution. He considered them inanimate globules appearing in beer brew. Pasteur confirmed in 1857 that these organisms underpinning the fermentation process were yeasts.

A sharp rise in the popularity of lager beer in the late 19th century led to brewers beginning to make the change from the traditionally used top-fermenting S. cerevisiae yeast strains to the bottom-fermenting S. pastorianus strains which are now the most widely used within industry.

In fact, 90% of the beers in the world are produced by the lager yeast, Saccharomyces pastorianus, and is unsurprisingly considered to be one of the world’s most important industrial organisms [2].

The biosynthesis of amino acids by yeast is a metabolically taxing process. Yeast converts the glucose in the wort to ethyl alcohol and carbon dioxide gas, generating beer’s alcohol content and carbonation.

The fermentation of yeast cultures leads to the production of a multitude of different flavour compounds. It is this complex blend of alcohols, organic acids, organic sulphides, esters, aldehydes and carbonyl compounds which impart the sensory characteristics of beer. The two flavour compounds which are the most relevant to lager beers are higher alcohols and their corresponding esters. Higher alcohols and esters are produced by the catabolism of amino acids via a three-step biochemical pathway known as the Ehrlich Pathway.

The kit contains everything a noob could possibly need for brewing their own beer.

The type of beer kit I tried first was an amber ale called “Fat Friar“.

Preparing the beer broth and bottling the product amounted to 2 evenings work with a turn around time of 2 weeks for fermenting. I had to be conscious of keeping all equipment sterile and not contaminating the brew.

So I managed to siphon the beer into the many bottles with only a couple of spillages. My brother clamped the lids onto them with the weird bottling device provided. From what I tasted of the room temperature leftover beer that wouldn’t fit into the bottles I cannot complain. Fairly unobtrusive taste. Smells like regular beer too! I have to admit, watching the dark broth foam in that jug for 2 weeks didn’t exactly fill me with desire to drink it. But I am pleasantly surprised by the result. Good job Craft a Brew!

This site uses Akismet to reduce spam. Learn how your comment data is processed.